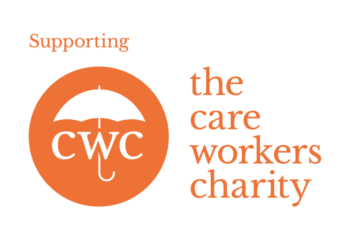 Over thirty of our clients joined us on an exciting cycle challenge consisting of one day, two groups and two routes. The first completing the 75miles 3,500ft route in just under ***** and the second, 125mile with 6,000ft elevation in around 7.5 hours.

Our event has succeeded in raising over £11,000 for the Care Workers Charity, which helps current, former and retired care workers when they fall on hard times.

From London to the Cotswolds, the rides were followed by a charity auction, drinks sponsored by Chase Distillery and dinner. Sponsors of the event included Caring Homes and Octopus Healthcare.

“The event raised £11,000 for the Care Workers Charity, a buzz around the cause and a deep sense of satisfaction from all that took part. Two riders came off, with one serious injury and a total of four punctures, led to some tall tales, knocked egos but no permanent damage.”

Sarah Hyman from Investor Publishing, who took part in the cycle ride said:

“As a novice cyclist I can safely say it was one of the hardest, hilliest things I’ve ever done but it was an honour to help support the Care Workers Charity as it is an incredibly worthy cause and events like this are so important for giving back – a great initiative from Carter Schwartz.”

Adam Carter from Carter Schwartz called it an…

“incredible day with unwavering effort from all involved – sweat, blood and tears went in, an £11,000 donation and a band of brothers came out”.

There are around two million care workers in the UK caring for some of the most vulnerable people in society. Care work involves early starts, long hours and can be physically and emotionally demanding and when that is coupled with an injury or an illness, people can go into a downward spiral both financially and mentally.

The Care Workers Charity was set up back in 2009 to give help to some of these care workers.

You can still donate to the JustGiving page www.justgiving.com/fundraising/carter-schwartz-cycle-challenge