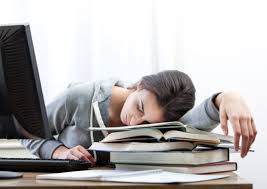 A new study by Community Care has found that social workers are suffering from unprecedented levels of emotional exhaustion in Britain today.

The research, which was carried out in partnership with Queen’s University Belfast, sighted a lack of leadership as a contributing factor to the amount of stress and exhaustion in social care today.

Over 1,300 participants were involved in the study, with the majority senior frontline workers having more than 6 years of experience in a variety of different departments, from child protection to mental health.

Lead researcher Dr Paula McFadden said that personal accomplishments have certainly prevented social workers from total burnout. To put it in context, none of the social workers polled suffered from a sense of low accomplishment. In comparison, although just 46% of GPs suffer from emotional exhaustion, 34% of them feel they have under accomplished in their position.

The study by Community Care illustrates that social workers take enormous pride in making positive contributions to society but are being pushed to their emotional limits at the same time.

One respondent said that she quit her job because she was unhappy about “insurmountable amounts of work”, claiming that she was working a 12-14 day rota without breaks – consequently making her question the leadership ability of those above.

A fellow participant believed that the “bullying attitude” of senior leaders made working in social care unbearable, as without efficient leadership, going to work every day became emotionally damaging.

Indeed, it is clear that a trend exists between ineffective leadership and high levels of emotional exhaustion.

In the health and social care sector, leaders need to understand the tender and emotional nature of the job, and be able to offer support to workers who are emotionally vulnerable. Managers who decide to ignore the toll social care can have on employees are unsuitable for a position within the sector.

As to succeed in health, leaders need to set an example with a positive, open attitude and be able to create an environment where discussions about emotional difficulties are encouraged.

Let us know what you think about this study on our Twitter page.