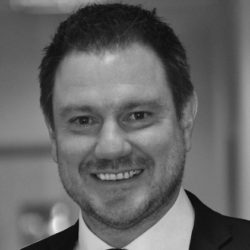 There has been a lot of talk as of late concerning the living wage and implications that it will have on healthcare, expected to be particularly hard hit by the bill. In fact, there are fears that Osborne’s national living wage will cause a crash in Britain’s £20bn care sector.

Around six million professionals – around 3% of the UK workforce – look set to benefit from the move, and this pay increase will have a damming impact, costing the industry an estimated £1bn a year. With £4.5bn expected to add to the wage bills of companies by 2020, many independent operators may be forced out of business.

With the wage increase expected to cost the industry £1bn a year, there are concerns that the policy will risk a repeat of the sector crisis of nearly 2 decades ago, which saw many care homes close due to a shortfall in local funding.

Of course, there will be those who argue that we saw a similar protest back in 1999 over the introduction of national minimum wage which, over time, was generally accepted to have effectively tackled low pay without damaging employment. But we need to be careful not to make such comparisons. Why? The minimum wage was introduced at a low level and raised gradually.  The increases proposed recently are on a different scale.  The current government proposes to increase wages to a minimum of £9 by 2020 which equates to 60% of median earnings.

We also need to consider that Britain’s economy was in a very different situation at the time – productivity was increasing by 2% a year, earnings rose by 4-4.5% and minimum wage was only 46% of the median adult earnings. Now consider that, following on from the financial crisis of 2008, productivity has been low and growth in earnings have only recently picked up to 2.9%.

Whilst we should welcome higher pay for lower paid workers and be optimistic that the policy will prove affordable, we need to be realistic and consider the very credible risks. It is inevitable that increasing pay will lead to greater pressure to achieve a £9 living wage come the next election, and result in the bidding up process that we have already seen signs of with Andy Burnham only recently proposing that the living wage be set at £11. It would take a lot of political courage to resist a further increase; a move that we can safely assume would be rather unlikely.

Homes receive the majority of their funding from local authorities and local authority payments been falling by 1% – 1.5% a year for the past decade, resulting in a huge deduction in earnings. Many care home operators already struggle to pay today’s minimum wage and the funding gap as it stands is expected to reach £4.3bn by 2020, without  taking into account the living wage. The introduction of the living wage will only exacerbate the problem as the higher wage will cover only around 60% of staff, forcing labour costs up by 330m next year, rising to £1bn by 2020 – a cost that the care home sector simply cannot afford.

It’s likely that firms will reduce other benefits for staff and we may see pay compression – smaller increases for higher paid staff, which could discourage senior professionals from taking on management positions in healthcare.

It’s also likely that we will see older workers replaced with under-25s who are not eligible for the living wage. Whilst at face value this will seem like a positive, boosting youth employment rates, it will result in an influx of lower skilled and inexperienced workers which would be particularly damaging for the care sector.

If the National Living Wage is to work at all, transitional funding for the care sector will be imperative and we need to be careful that we don’t see a drop in the quality of care.