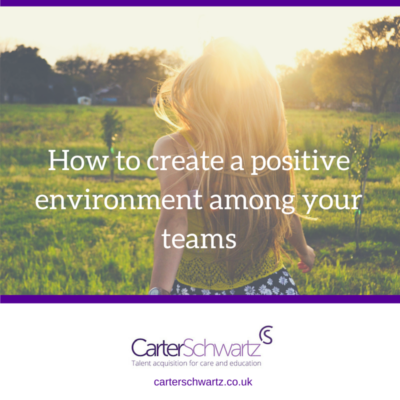 Employees can be funny people. When they start working for your organisation their enthusiasm and vigour quickly reassure you that you made the right hire. Fast-forward a few years or more and some employees’ attitudes wane to such a degree that they actually think they’re presence at work each day is doing you a favour. Yet often, these are the very people whose contribution to the organisation is nominal at best, even detrimental.

Knowing you need to get your employees to change their attitude is one thing, actually achieving this is quite another.

An article published in The Journal of Applied Behavioral Science found that the traditional methods of encouraging greater employee positivity and productivity simply don’t cut it any longer. It stated that goal-setting, objectives and offering better employee benefits such as day care, subsidised gyms, higher bonuses or flexible working make little or no difference over the long term.

So how do you go about effecting this change? It’s actually more straight-forward than you may think.

1. Don’t turn their attitude into an ‘issue’: Taking an employee aside to talk about their attitude is not easy, and doing it wrong could cause more harm that good. Don’t overuse “you” as doing so immediately makes the employee defensive. So instead of saying “Your attitude at work is not what we would expect here”, share the responsibility by saying something like “Weneed to talk about your attitude and how we can turn it around.”

Remember, resist the urge to argue back or become defensive yourself, look to see how you can work together to find the right solution and steer clear of using dog words such as ‘but’ and ‘however’ – they have negative connotations (you’re supposed to be focusing on the positive, right?).

2. Avoid pointing the finger and forgive mistakes: Sometimes an employee’s attitude is the result of a project they were involved in that didn’t quite achieve the desired results. As such their personal resolve and self-confidence may have slumped, which has led to their current negative attitude.

Talk about the project, give your feedback on what worked well and what didn’t but always ensure that some positives can be taken from the experience. More importantly, look at those areas of their work where their performance has been particularly encouraging. Playing the blame game always leaves one party on the losing side – don’t look back on past events or projects in anger, instead focus on how they can use the lessons learned to positively impact the next task they are involved in and the one after that.

3. Don’t argue back: Any positive working relationship has to be mutually beneficial, so let your employee have a rant. There is always a reason for their behaviour and giving them the airtime they need to vent their frustrations will make them feel that they are being heard – no one wants to feel like they are on the witness stand. Once they have said their piece, bring the conversation back round to the matter in hand.

4. Help ease their workload: If their complaint is a legitimate longstanding issue, perhaps a workload restructure is in order. Workplace stress is an increasingly common problem yet very few people who suffer from it actually address this with their boss through fear of being considered incapable of managing a workload befitting their position.

Talk to them, ask them how they are coping with the amount of work they currently have on their desk and identify if there are specific tasks that they are responsible for that could be shared with some of their colleagues in a bid to relive some of the pressure they may be feeling

5. Be very specific about what you want: Knowing how to tackle sensitive and often personal issues with your employees doesn’t come easily to many people, which perhaps explains why various studies all agree that the number one reason why people leave an employer is because of their boss. So rather than being all gung-ho by saying something like “You have an attitude that I don’t like and you need to change it,” try to get them on the same level playing field as you.

Instead, opt for something less aggressive and share the responsibilty, such as “We are all operating in a pretty demanding and busy environment and each of us needs to know we have the support of one another. Critical to this support is having a positive attitude and I don’t see that in you right now. How can we change this?” It is important to use specific examples of when their attitude was manifested in the workplace so as to give greater clarity to the situation.

6. Give them positive feedback when they do well: If someone is always a bit down in the office, make sure to take time out to praise them on their work. Obviously this has to be within reason – if they are performing poorly you shouldn’t lie! But a quick bit of praise on a job well done will work wonders for somebody with low confidence, and if you’re lucky they will reciprocate the favour by improving their behaviour.

Edward Young said that procrastination is the thief of time. Having a negative employee can create a toxic working environment which left unchecked will not only fester, it can also impact and their fellow co-workers.

Do you have experience of turning a negative employee around? Let us know your experiences.